Experimental & Other Works > He Tries, But Can Barely Get Three Good Reasons 2010 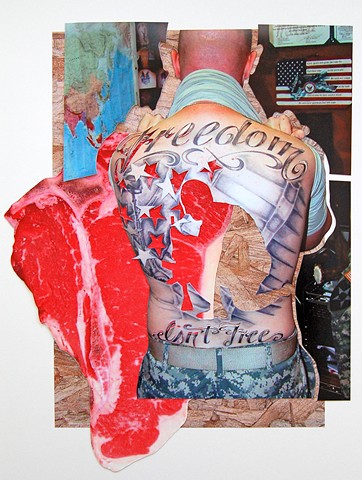 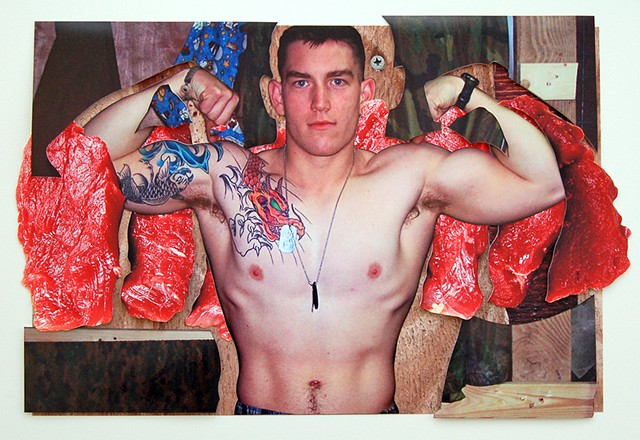 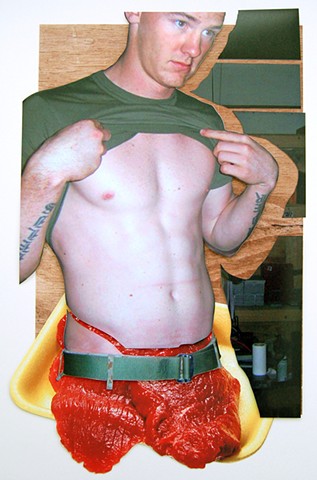 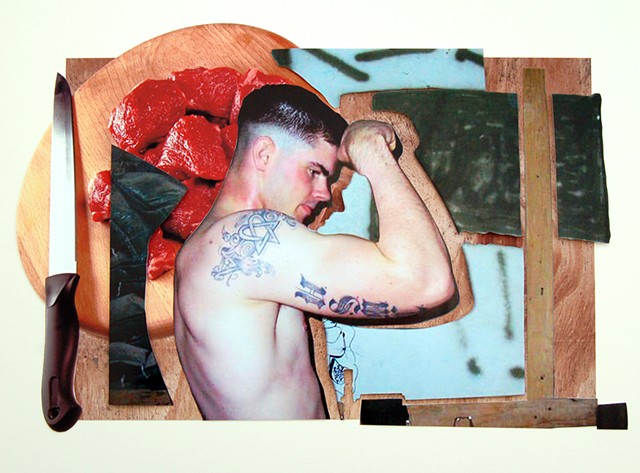 He Tries, But Can Barely Get Three Good Reasons is a series of photo collages investigating online pedestrian photographs of soldiers in Iraq and Afghanistan. This work represents an ongoing investigation of masculine modes of representation and how these constructs reinforce traditional normative gender behaviors, tropes, and identity. These works offer no direct political statement, but the confluence of subject and constructed context is meant to suggest an inherent potential for violence in these specific male bodies.

Through my approach of what I term “disassembling an image” for collage purposes, I became acutely aware of the space these soldiers occupy. The most compelling backgrounds are from the photos taken within their overseas living quarters. Most of these spaces are constructed with plywood walls and each soldier’s personal possessions are territorially confined around the bunk. Their possessions often include weapons, packs, clothing, food, toiletries, magazines, books, etc. The walls are mostly covered with posters, personal photos, flags, or graffiti. The space is an overtly masculine space and remains so even when you remove the subject.