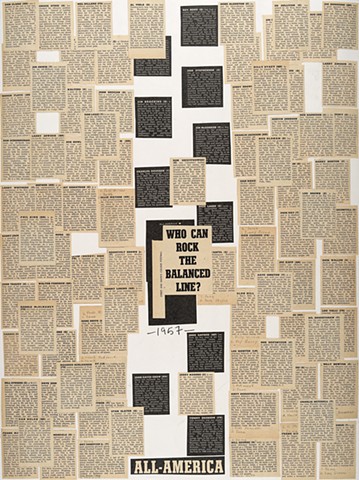 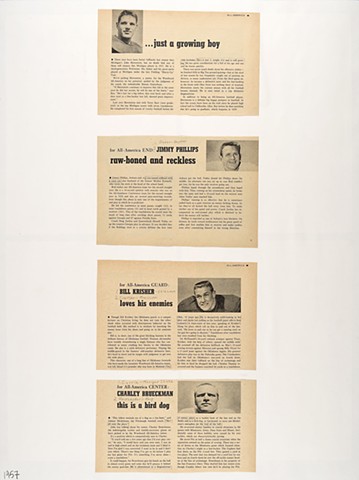 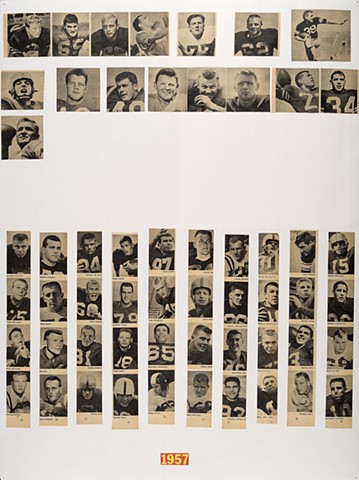 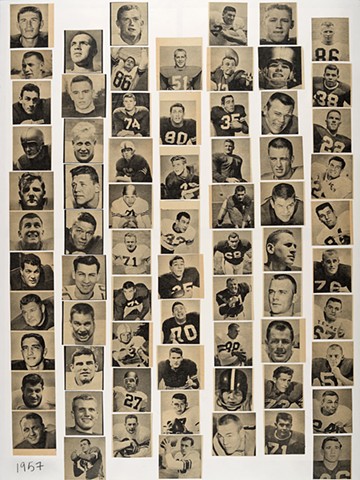 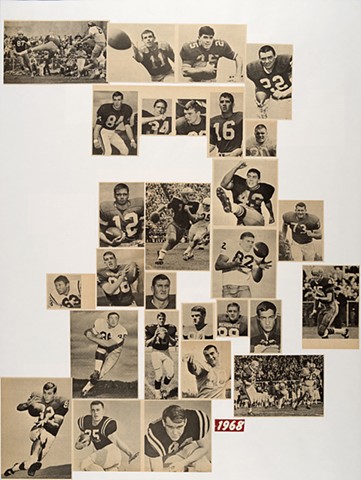 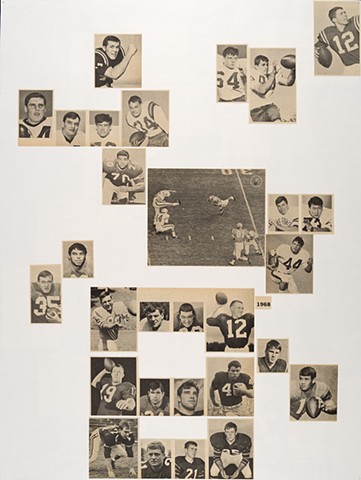 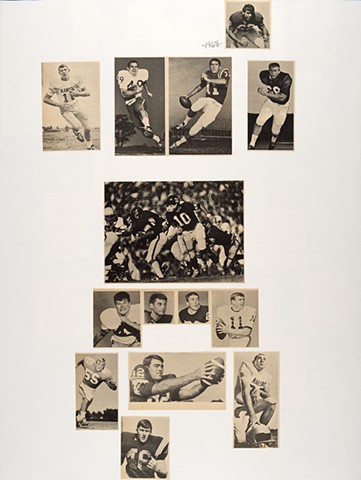 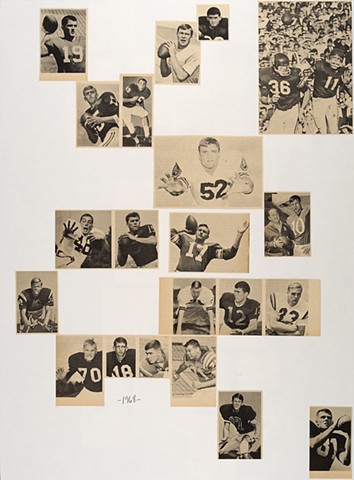 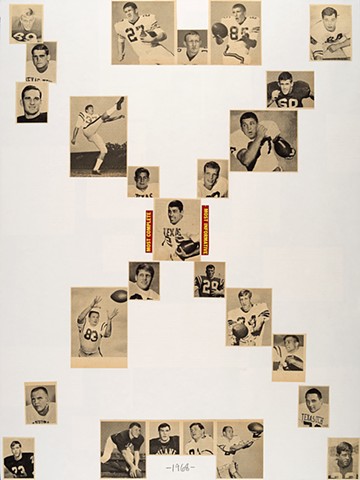 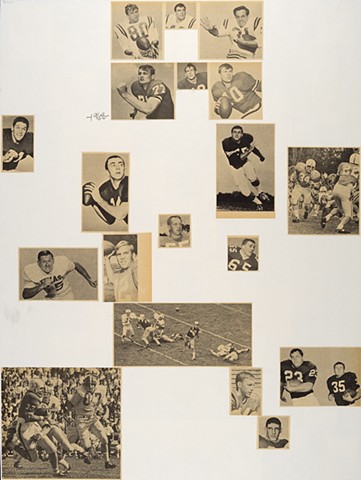 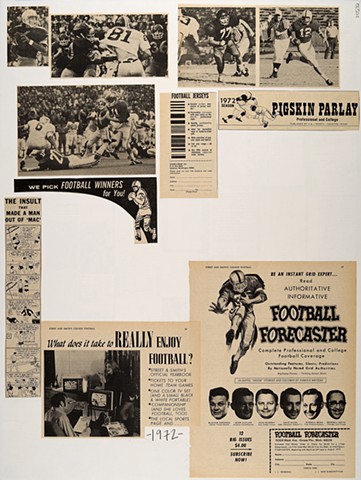 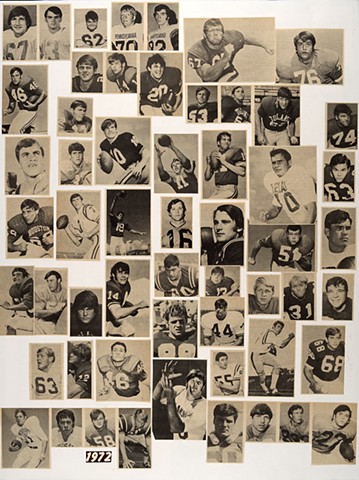 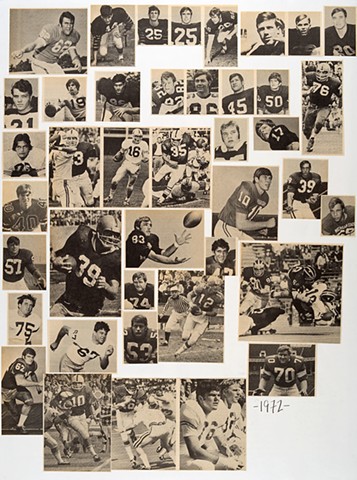 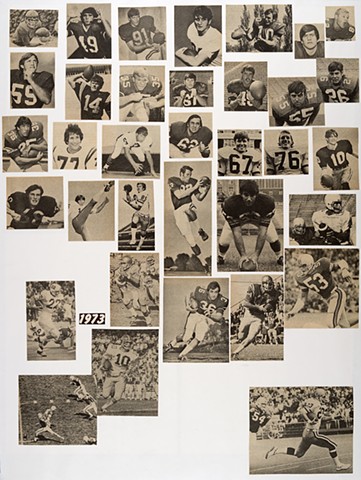 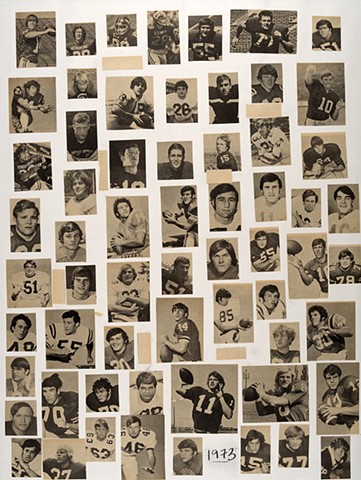 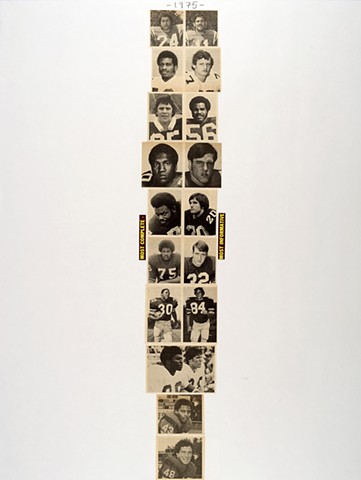 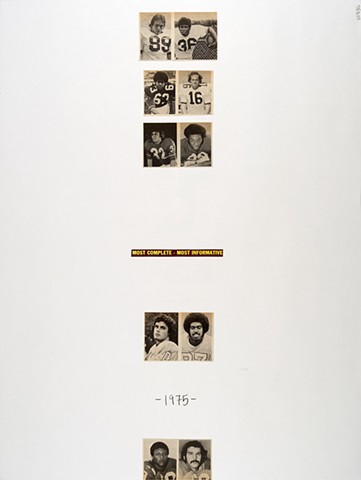 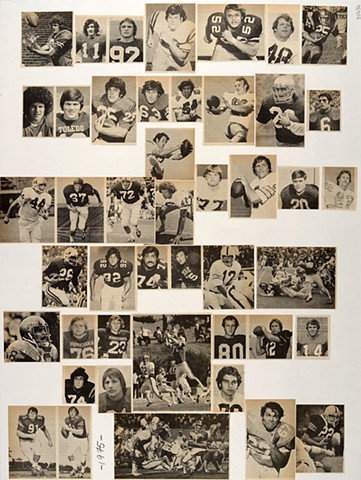 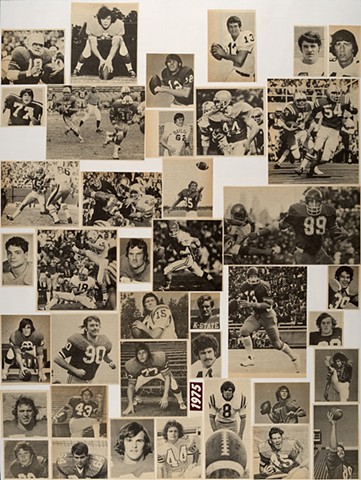 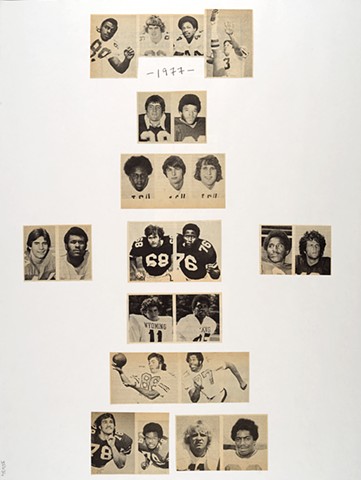 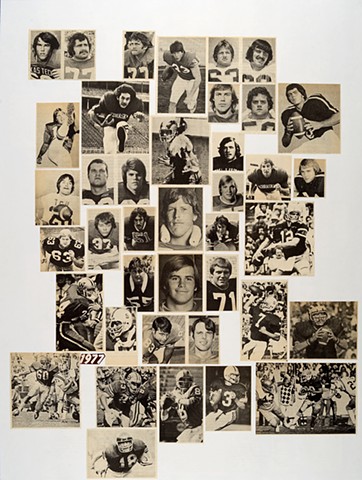 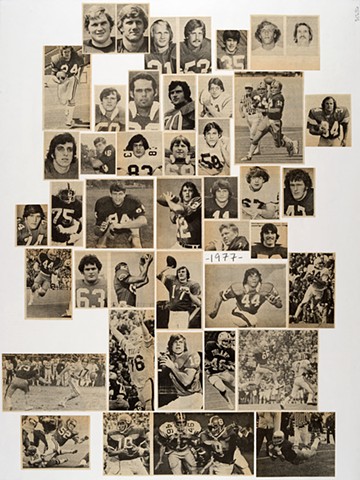 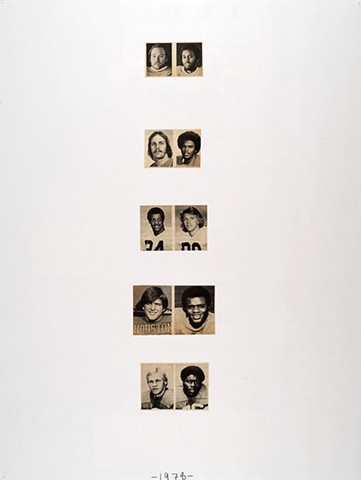 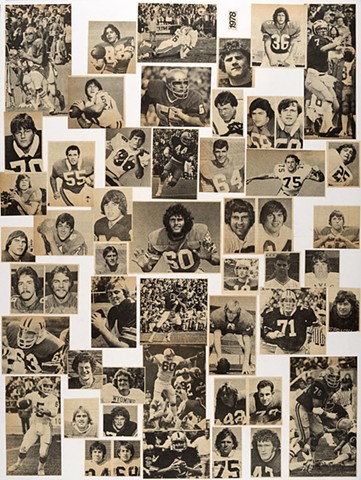 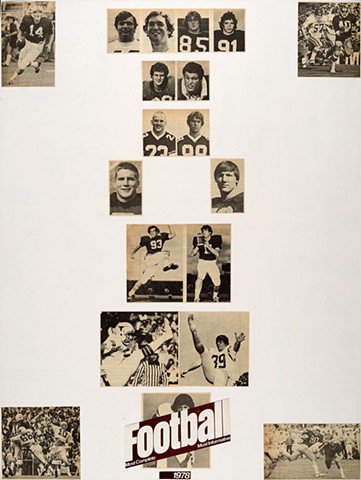 Ostensibly Epitome is about football, but the motivation behind these works deals with chance constructions/arrangements and patterns suggested by source images culled from a range of college football magazines from the 1960s to 1970s. The works collectively operate as an archive, but not with a specific purpose. At the time, I was collecting various men’s magazines from the 1960s to 1970s as source material. This collection initiated a process of culling and reordering images from these sources as a way to develop new works.

The process of reordering informed the collage work in Epitome. Chance constructions/arrangements and patterns developed from this reordering process. While the prime motivation behind these works remains data collection and organization, there are other socio-cultural provocations. In the works titled “Most Complete, Most Informative,” the impetus could be aligned to a period study into balanced racial depictions in mass media. I found the obvious paring of white and black football players intriguing from the perspective of identity politics.

With Epitome, the impulse to pursue this rather open-ended project demonstrates some of my earliest interests in gender representation and identity in particular masculine tropes. Epitome was born out of the research process developed for Rays of Sunshine and this is indicative of my studio process overall. Subject matter and process during one project informs subsequent research projects.