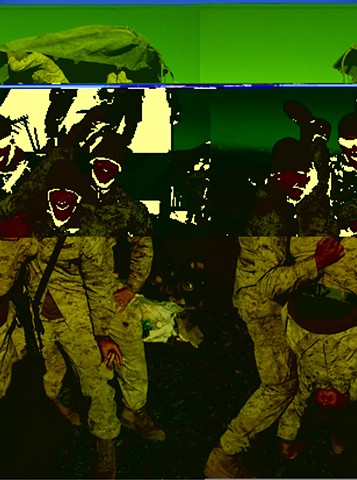 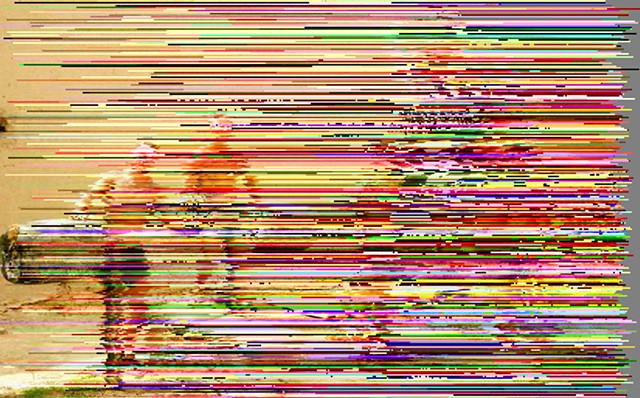 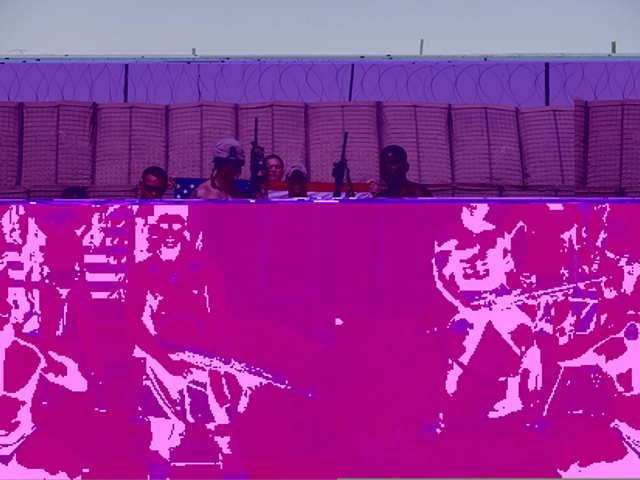 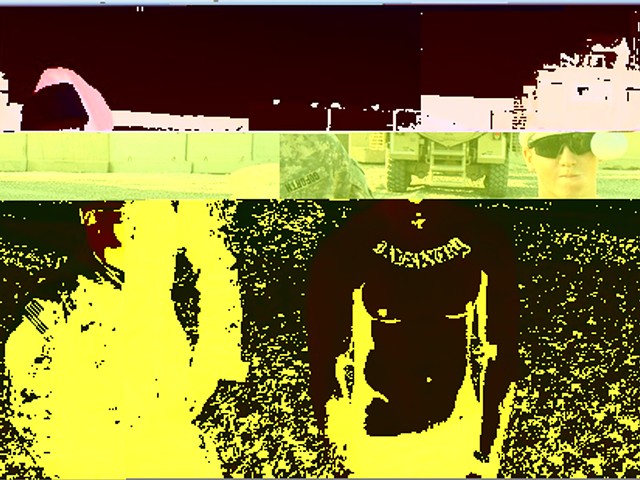 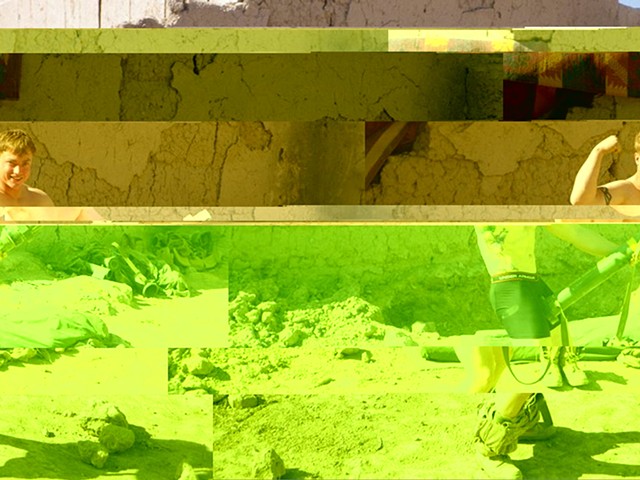 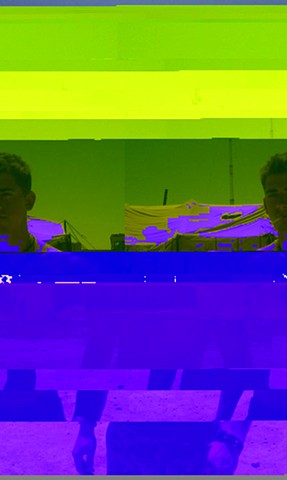 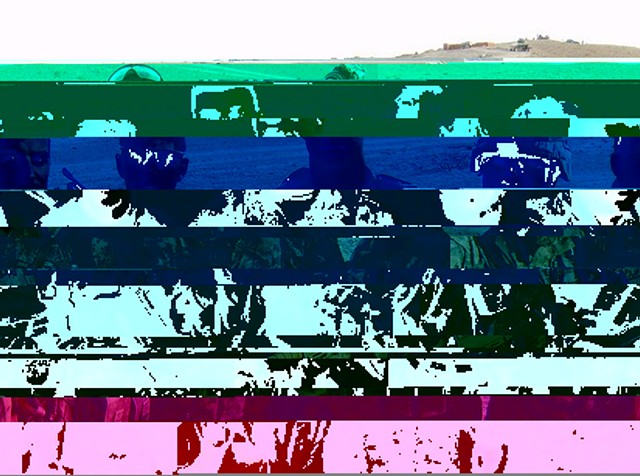 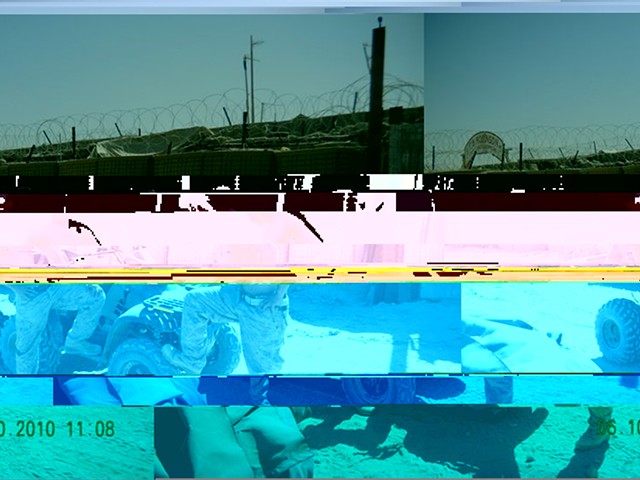 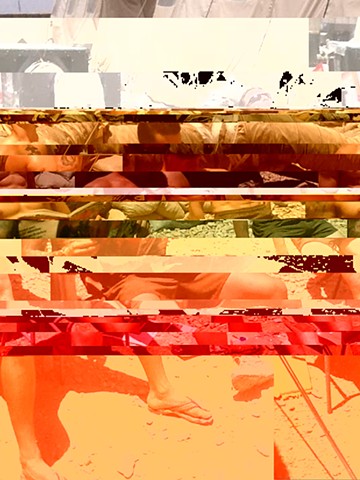 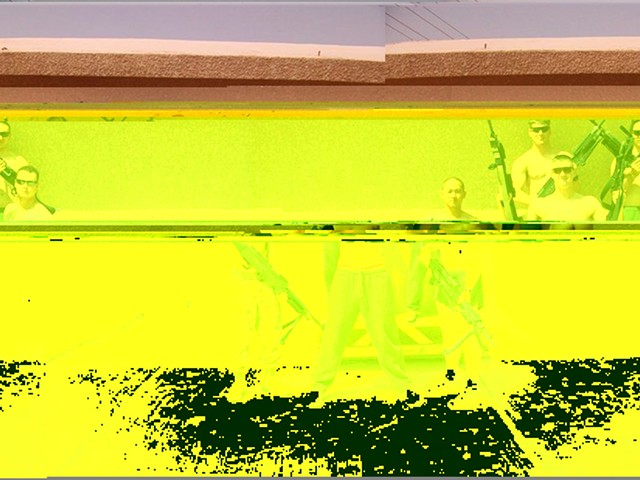 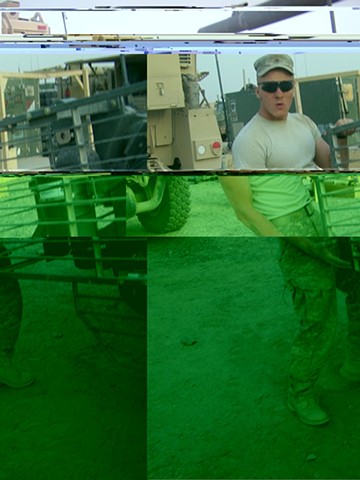 Infidel Landscape is a series of images, which explores the notion of glitching/image hacking as an act of erasure. Through the direct glitching process using a word editor, the code has been intentionally corrupted in order to obscure most of the recognizable figures in the found photographs. The original source images are of U.S. military in Iraq and Afghanistan, part of my ongoing image archive.

The original source photographs are of soldiers outdoors in forward military bases going about their daily routine. I am intrigued by how out of place these soldiers appear in the Middle Eastern landscape. These men look as American as any average youth in this country engaged in mundane, but distinctly American behaviors in this foreign landscape. The glitching process becomes a gesture intended to deconstruct the images and an attempt to erase the photographically captured presence of these soldiers from the landscape.

It is important for the viewer to acknowledge the remains of the photograph’s origin as a way to understand how the reconstruction works. Fragments of the original source image remain in order to create tangible context for this erasure process. In a way, these images are in transition or in progress caught at an arbitrary moment during the process of glitching. The glitching process itself could go on indefinitely until all remnants of an image have been eliminated. This largely depends on the series of methods and combination used to glitch the image, but the process itself is relatively endless. I have found basic approaches to produce controlled levels of glitching, but each image responds differently according to chance, combination, and how the specific code reacts to the hacking.The horizontal fragmentation that appears suggests an orientation of landscape. I see this simple and immediate act as poetic with the hope of whatever comes through at the end of the glitching process is a purified image where the militarized presence of the combatants are erased.