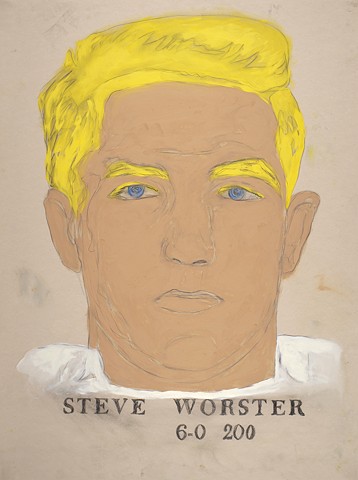 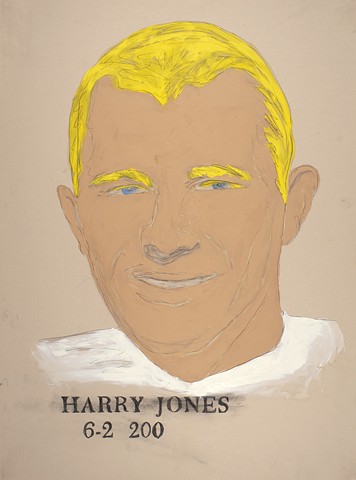 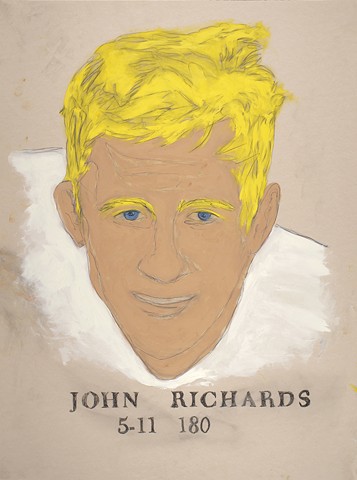 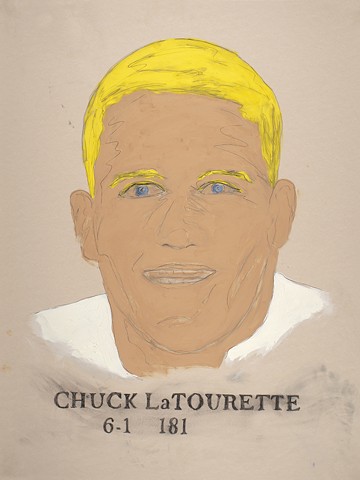 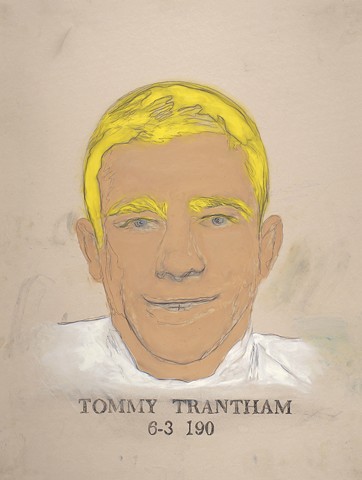 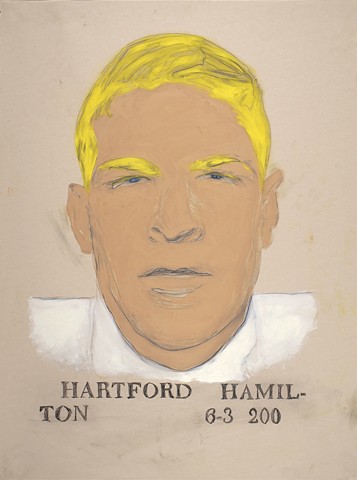 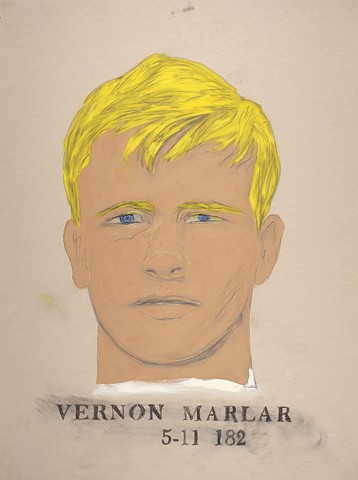 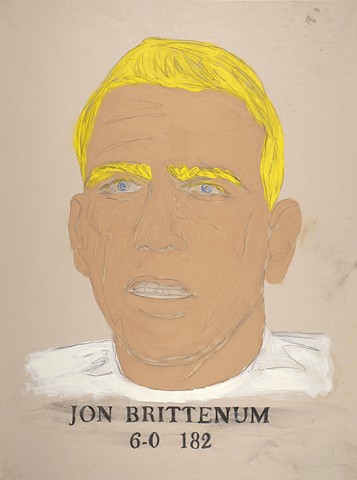 Rays of Sunshine (Series 1) is motivated by a desire to define a stereotypical spectre of whiteness through sameness and repetition. Fascinated by portraits of football players from the 1960s and 1970s, these initial image sources formulated my idea of constructing a representation of a stereotypical racial prototype of the ideal white guy.

By using found black and white images of presumably white football players, the process of superimposing unnaturally blond hair, blue eyes, and pink flesh tone creates comically monstrous masks which appear identical. These painted serial images grant me a platform to engage with prejudices and generalizations about whiteness. Indexing of these stereotypical visages is further emphasized through use of labeling with name, height, and weight which recalls baseball card statistics.

Through repetition of a relatively similar image, the works become a futile record of my own process of confronting a constructed image of the dominant other. As a Mexican-American born and raised in South Texas the demographic Mexican majority created a social situation where whiteness was understood as alien and special. The spectre of blond, blue eyes, and pink skin becomes rarified and reviled. Rays of Sunshine attempts to grapple with this dichotomy in a metaphorically tangible process.